Five years after ascending the throne Queen Victoria made her first visit to Scotland. The ancient palace of Holyroodhouse was in no condition to receive her and so she stayed instead at Dalkeith Palace belonging to the Duke of Buccleuch. She and Prince Albert adored Scotland, the Prince remarking that Dalkeith and its residents reminded him of home and ‘very German-looking’. In 1847 they rented Ardverikie on the shores of Loch Laggan but the next year, on the basis of three watercolours showing a house they had never visited, they took a 27 year lease on Balmoral Castle.

Although the house had a seventeenth century core what the royal couple had bought was a ’castle’ remodelled by John Smith of Aberdeen, often known as ‘Tudor Johnny’ because of his liking of sixteenth and seventeenth century architectural styles. The following August they visited their new hide-out. They loved it and its situation. The house was fully furnished, even including a servant and his dog, but it was far too small for the royal family and their 60 servants and Prince Albert soon announced that he would be significantly enlarging it. But the plan was dropped in favour of a completely new build 100 yards away, allowing Victoria and Albert to be in residence while work continued.

The architect was William Smith, Tudor Johnny’s son, but Prince Albert made a considerable contribution and was responsible for the plan. The new castle was built of granite blocks by a village of workmen encamped in huts on the estate; work was more-or-less completed by the time they arrived in the summer of 1855 and as they entered the new house an old shoe was thrown after them as a gesture of good luck.

Victoria and Albert’s house remains virtually unchanged from its form in 1901 when the Queen died. The granite is machine cut and very precise, the style is a sort of sub-Jacobean baronial, much less ‘Scottish’ and muscular than the later Scots Baronial-style country houses north of the border. There were two blocks, a residential courtyard and a service court linked by a massive 80ft tower. From the huge porte-cochere a sequence of rooms culminate in the dining room. The bedrooms were all upstairs. Attached to the service court is an enormous ball room 68ft by 25ft.

All the furniture was new in the 1850s but the rooms were not all romantically ‘Scottish’ although there was an obsession with tartan (including tartan lino in the servants quarters). The emblem of the house was the thistle, which appears everywhere.

The estate was, at first 10,000 acres, in 1849 another 14,000 were added and when the next-door estate of Birkhall was added the total size reached 30,000, not particularly large amongst the great Scottish estates.

Initially Balmoral was designed to be a private retreat – 550 miles from Westminster was even further in the 1860s than it is now, but it soon became a place from which decisions of state were made. Today when HM The Queen makes her summer residence the Prime Minister always comes to stay and the parade of world royalty and leaders who have been guests is impressive. 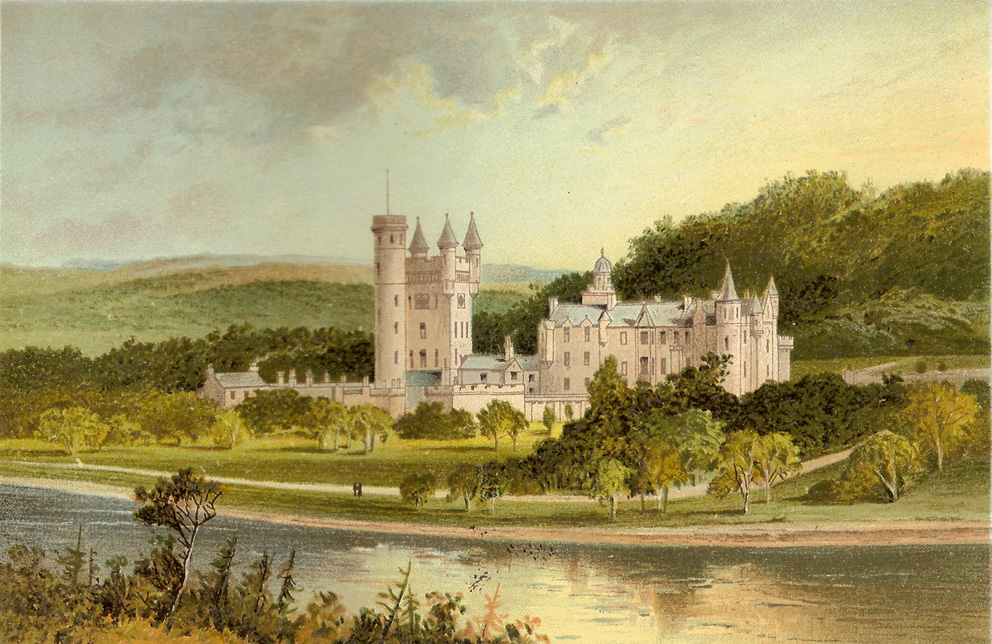 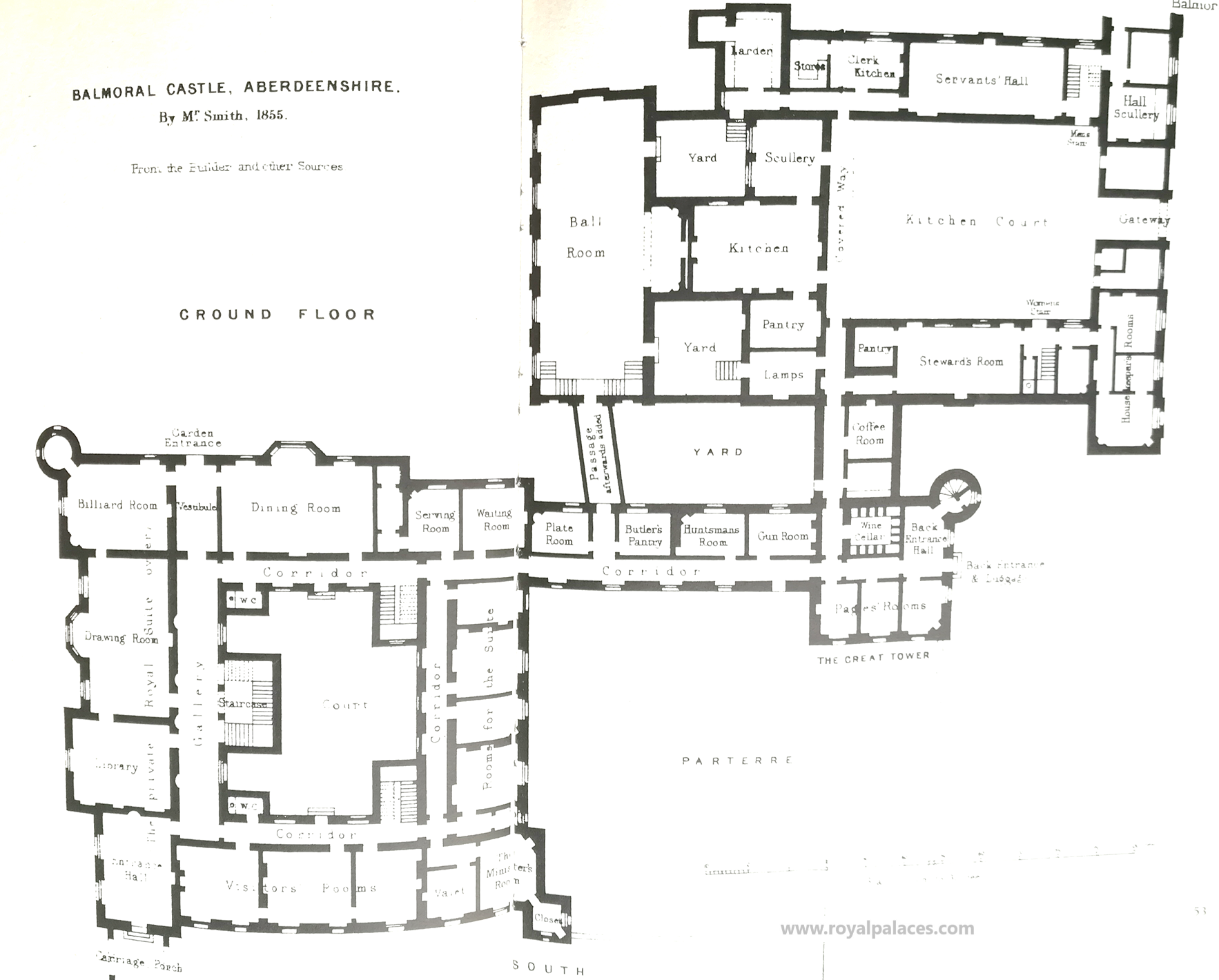