The history of the royal residences at Eltham and Greenwich are inextricably entwined. Eltham was the older of the two and had been developed as a luxurious royal retreat from the time of Edward III. Successive monarchs had added lodgings for courtiers, a dancing chamber, bathrooms and gardens. So, in the reign of Henry VI, Eltham was a large, luxurious and modern house set in fine parkland. Its special attraction was its position on a rise high above the Thames this meant that the views towards London were breath-taking, as they still are today. Between 1436 and 1451 Henry VI spent a lot of time at Eltham and often celebrated Christmas there. The house, which was big by any standards, was divided into three zones, the great palace for public festivities, the privy palace for the king’s residence and the prince’s palace for the heir to the throne.

Eltham was Edward IV’s most important country residence and, after 1475, his coffers full from the French pension he had won that year, he began to rebuild much of the house. His queen, Elizabeth Woodville, gave birth to baby girl there in 1479 and Edward moved his treasured library in the following year. For Edward and Elizabeth Eltham and Greenwich worked symbiotically: they could stay together at either house or take their households to their separate residences for recreation or business.

Henry VII rebuilt Greenwich as one of his most important residences and used Eltham as the royal nursery. The future Henry VIII, Margaret, Henry’s older sister, his younger sisters, Elizabeth and Mary and his baby brother Edmund all lived there.

At the heart of the house was the new great hall. This was a deliberate anachronism. Great halls were, by the late fifteenth century, not the feasting halls of old, but all-purpose arenas for any activity that was too large, boisterous or public to be staged in the royal lodgings. Edward had taken as his model Westminster Hall with its angel encrusted hammer beam ceiling – a reference that would have been obvious to everyone and which proclaimed the status of his new structure.

Much more interesting architecturally were the rooms built on the west front which, it seems, were for the queen. Here there was a long brick range with a series of five-sided bay windows and chimney breasts, at the end of which was a gallery. This long narrow room ran out from the end of the queen’s lodgings and may have terminated in a little closet or perhaps a banqueting house. The whole thing was designed to take advantage of the tremendous views of London. This was one of the first times this sort of bay window had been used and the first important long gallery of its type. Possibly another first at Eltham was a flushing garderobe with a lead cistern activated by a sluice was installed in Henry VIII’s reign.

In 1585 Queen Elizabeth I re-fronted the queen’s lodgings that had been subsiding into the moat and took the opportunity to modernise them. When James I came to the throne Eltham was in poor condition, but he had the idea to modernise it as a seat for Anna of Denmark. Work was quite extensive and new rooms were added for her in 1603-5. But, in the end, the queen didn’t much like Eltham and made her principal country house Oatlands. As a result Eltham was hardly used by the early Stuarts and at the Restoration it was largely ruinous and was granted away by Charles II.

The great hall survives, restored and incorporated within an elaborate Art Deco residence built in the 1930s for Sir Stephen Lewis Courtauld, now managed by English Heritage and open to the public. 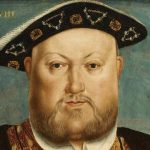 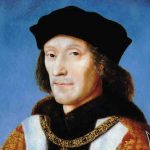