Bagshot, Surrey, lies within the forest and honour of Windsor Castle and was long attached to it. Originally there was a foresters’ lodge there but it was never anything more than a place for a hunting picnic. It was James I who fancied the location and ordered its reconstruction as a hunting lodge. Some of the old buildings were kept but the king had built a new range squaring off the building. This work was completed by 1610. In 1631-2 Charles I commissioned Inigo Jones to extend the house creating a new royal bedchamber and ancillary closets and ante-rooms, six in all. For both Stuart kings Bagshot provided a base for hunting both in its own park and in the wider Windsor hunting grounds.

In the early 19th century the house, now known as Bagshot Park became a useful location to lodge various members of the royal family. The Duke of Gloucester (married to one of George III’s daughters) was allocated the house and made Ranger of Bagshot Park. His wife persuaded her brother, the Prince Regent, to have it rebuilt for them and John Nash was commissioned in 1818. Of course the project vastly overspent and the final bill was over £7,500.

The Duchess moved out of the house in her widowhood and it was occasionally used by Queen Victoria and Prince Albert when he was shooting or fishing nearby. After the Prince Consort died it was demolished and nothing remains. 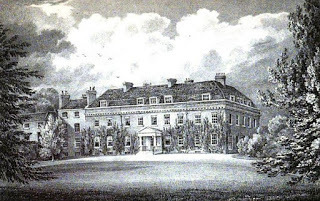